What is Permanent makeup?

What is Permanent makeup?

Permanent Makeup Before & After

Permanent makeup is a cosmetic technique which employs tattoos (permanent pigmentation of the dermis) as a means of producing designs that resemble makeup, such as eyeliner and other permanent enhancing colors to the skin of the face, lips, and eyelids. It is also used to produce artificial eyebrows, particularly in people who have lost them as a consequence of old age, disease, such as alopecia, chemotherapy, or a genetic disturbance, and to disguise scars and white spots in the skin such as in vitiligo. It is also used to restore or enhance the breast’s areola, such as after breast surgery.

Side by Side Before & After

Most commonly called permanent cosmetics, other names include dermapigmentation, micropigmentation, and cosmetic tattooing, the latter being most appropriate since permanent makeup is, in fact, tattooing. In the United States and other countries, the inks used in permanent makeup and the pigments in these inks are subject to FDA or similar agency regulation as cosmetics and color additives.

Permanent makeup dates back at least to the start of the 20th century, though its nature was often concealed in its early days. The tattooist George Burchett, a major developer of the technique when it became fashionable in the 1930s, described in his memoirs how beauty salons tattooed many women without their knowledge, offering it as a “complexion treatment of injecting vegetable dyes under the top layer of the skin.

George ‘Professor’ Burchett (also styled the ‘King of Tattooists’) was born George Burchett-Davis on August 23, 1872, in the English seaside town of Brighton, East Sussex and became one of the most famous tattoo artists in the world.

Here is an Examples

This client had her eyebrows and top eyeliner permanently tattooed. The eyebrow tattooing is an example of a “powdery filled” technique as opposed to individual hairline strokes since the client already has eyebrow hair but simply wanted an enhancement and shaping. The top eyeliner represents a thin eyeliner tattoo and a “lash enhancement” procedure that is used to define the eye without making it look excessively made up.

"You know, at my age my hand are not as steady as they use to be, so Permanent Makeup was a great solution. I did my eyebrows, eyeliner and lip color ."

The field of Permanent Cosmetics (Cosmetic Tattooing) is rapidly expanding in popularity. Women all over the country are learning of the benefits of having Permanent eyeliner, eyebrow coloring, lip color or lipliner. What could be better than to wake up looking as good in the morning as you did in the evening? Think of the time you could save putting on your makeup. The benefits of Permanent Cosmetics are being discovered by people from all walks of life including professional women, athletes, those with poor eyesight or unsteady hands, those with sensitivities to traditional cosmetics and those whose work precludes wearing makeup. Properly applied Permanent Cosmetics are so natural your neighbor will never know you are wearing them.

What are the Long term results?

The best possible color results can perform for many years or may begin to fade over time. How much time is individual per person. While permanent makeup pigment remains in the dermis its beauty-span may be influenced by several possible factors. These can be environmental, procedural and/or individual factors. Sun exposure fades color. The amount and color of pigment deposit at the dermal level can affect the length of time that

permanent makeup looks its best. Very natural looking applications are likely to require a touch-up before more dramatic ones for this reason. Individual influences include lifestyles that find an individual in the sun regularly such as with gardening or swimming. Skin tones are a factor in color value changes over time.

Permanent makeup is a welcome enhancement for most recipients. There are cases, however, of undesired results. The 4 most common complaints are “too dark,” “wrong color,” “uneven” and “too big.” A skilled, experienced, permanent makeup professional is able to adjust the color and evenness of permanent makeup results in most cases. A design that is too large presents a serious challenge, however. Costly pigment lightening techniques and/or removal may be the only solutions. However, before embarking on the aforementioned removal/correction procedures, it should also be noted that you still have the option of applying conventional makeup to correct any imperfections or to further enhance the overall effect.

So You Think Your Ready?

Once you have made the decision to have Permanent Cosmetics applied you have the important task of finding a qualified technician to do the work for you. This is a critical decision. Locate a technician in the same manner you would a doctor, dentist, etc. Since there are no uniform regulations in the country, it is mandatory you learn as much as possible about the industry so you can determine who is a qualified professional in this field. Remember you are altering your appearance permanently so it is important you make your decision carefully. As you do your research into this industry, bear in mind Permanent Cosmetics are a form of tattooing and must be thought of as lifelong. It is important you be comfortable with your technician before you start. You will have a special relationship with your technician. You must be confident he/she will give you a look you will be comfortable wearing for many years.

“How much does it cost?”

Cheap is not the way to go

This is one of the most often asked questions when people first consider permanent makeup, “How much does it cost?”. A permanent makeup technician who is using proper sterilization, good equipment and has a professional facility will not want to be the lowest priced person on the block. They will invest their funds for sterile and sanitary business procedures, for proper insurance and for professional forms and surroundings. A low cost person will not have all of these or they would not be able to “give away” their services.

PLEASE HEAR ME WHEN I SAY…

Permanent makeup is just that, permanent. If you go shopping for clothes, shoes, furniture, and other consumable goods, it is often wise to shop price. You do not have this same luxury with a procedure that is permanent, such as plastic surgery, a tattoo, or permanent cosmetics. Having those services done will alter you for life.

You cannot afford to go for the cheapest person when your looks are being changed forever. There is some really bad permanent makeup work walking around this world, where the individual decided to “price shop” and lived to regret it. The reality is you should be paying hundreds of dollars for any single procedure. If the technician is not charging a few hundred dollars they most likely are not doing what they should be to keep up with this rapidly changing industry. In that case, be wary.

Permanent Makeup is harder to correct/remove then a regular tattoo.

The price being charged should include at least one follow up visit, if not two. Be sure it does. The price should also include some use of topical, over the counter anesthetics to minimize the pain and discomfort of the procedure. 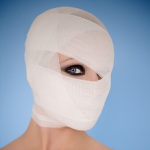 There Can Be Adverse Effects and Complications

There Can Be Adverse Effects and Complications

As with tattoos, permanent makeup may have complications, such as allergies to the pigments, formation of scars, granulomas and keloids, skin cracking, peeling, blistering and local infection. The use of unsterilized tattooing instruments may infect the patient with serious diseases such as HIV and hepatitis. Removal problems may also ensue, due to patient dissatisfaction or regret, and they may be particularly difficult to remove in places such as eyelids and lips without leaving permanent sequelae. On very rare occasions, people with permanent makeup have reported swelling or burning in the affected areas when they underwent magnetic resonance imaging (MRI).

As with tattoos, permanent makeup can be difficult to remove. Common techniques used for this are laser resurfacing, dermabrasion (physical or chemical exfoliation), and surgical removal. Camouflaging which is adding a new pigment which counteracts the tattoo color and attempts to emulate normal skin color is considered a poor choice by professionals. Removal is more painful and laborious than the tattooing itself.

28 Responses to What is Permanent makeup?